With the Fourth of July this weekend, it’s a good time to talk about patriotism. Patriotism is an idea that can be controversial and misunderstood. While some wonder if patriotism is just glorified nationalism and xenophobia, when embraced in the right way patriotism can be a force for good. And if we want to be strong business leaders, we should start seeing ethical patriotism as our responsibility.

Putting up the American flag for Memorial Day, singing the national anthem before a game, and defending the American way of life are actions typically perceived as a patriotic. But “patriotism is not short, frenzied outbursts of emotion, but the tranquil, steady dedication of a lifetime” according to former Governor of Illinois Adlai Stevenson. This means that patriotism is not just a single action, but a commitment to responsible, repeated behavior that benefits the common good over the course of a lifetime.

Patriotism is NOT blindly supporting and defending your country despite its past and current misconduct. In the same way that Germany does not proudly reference their actions during WWII, true patriots see the U.S. through a clear and honest lens. Patriotism DOES require a certain amount of dissent. America would not have been created if its founders were busy blindly supporting the British Empire. The paradox between loving your country and wanting to make it even better actually defines ethical patriotism.

Marcia Baron, an American Philosopher, describes what an ethical patriot looks like. They…

“would seek to make sure that the country lives up to moral requirements and promotes moral values, both at home and internationally. Would work for a just and humane society at home, and seek to ensure that the country acts justly beyond its borders, and shows common human solidarity towards those in need, however distant and unfamiliar. Would also be concerned with the country’s past moral record and its implications for the present. Would support projects exploring the dark chapters of the country’s history, acknowledging the wrongs perpetrated in the past and responding to them in appropriate ways, whether by offering apologies or making amends, and by making sure such wrongs are not perpetrated again.”

With that as a baseline definition for ethical patriotism, there are three B corps – Cascade Engineering, HLH, and Raven + Lily – that are excellent examples of how to be an ethically patriotic business. Each business model depicts a different variation of ethical patriotism, and in each case they all do great work for their communities and for the world.

Cascade Engineering demonstrates that patriotism means welcoming all people into your community. Cascade Engineering focuses on employing and retaining people that were previously on welfare. They also have a “Returning Citizens program”, which hires individuals recently released from prison. These practices are not only ethical, they also provide for a diverse and open-minded organization. Cascade Engineering shows that they are ethical patriots by inviting all people, especially people who may have previously been discriminated against, into their community. In doing so, the company contributes to building an economically resilient economy by treating all people with dignity and providing undeserved populations with opportunities to succeed.

Fred Keller, the company’s Founder and Chair, explains the impact.

“When we have more folks opening their eyes to this kind of thinking, we would find fewer people in poverty. We would have more people engaged in the workforce. Those who succeed in both being good at business and good at society and environmental improvements are those the customers will ultimately value, the investors will ultimately value, and that’s the hope of the future.”

HLH shows that patriotism means restoring native culture and the environment. Shorthand for Hawaiian Legacy Hardwood, HLH is a timber company committed to the survival of the native Koa tree. They also provide “long-term forest health, carbon sequestration, ecosystem diversity, and unparalleled data collection for research and development, all while creating permanent green jobs for Hawaiian families,” according to a 2019 PR release.

The Koa tree is invaluable both to the island’s biodiversity and native culture. The wood has been used for dugout canoes, surfboards, furniture, and musical instruments. The Koa population, among many other native Hawaiian plants, has suffered greatly from the logging industry. HLH strives to ensure the Koa tree’s survival. HLH illustrates another branch of ethical patriotism: to be patriotic means protecting the environment. It means to protect and conserve our planet for future generations.

Raven + Lily shows that patriotism means being a citizen of the world. A women-focused brand specializing in women’s apparel, Raven + Lily empowers marginalized women around the world. Their designs are hand-crafted by female artisans from Pakistan, India, Ethiopia, Cambodia, Kenya, and Peru. By ensuring fair wages and ethical treatment of their artisans, Raven + Lily provides compassionate opportunities for women who may have fewer options in their country of origin.

Kristen Dickerson, the company’s founder, explains in an interview with The Good Trade,

“I have seen firsthand how women globally can overcome great odds and circumstances when given empowerment opportunities…Statistically, when you invest in a woman through these things, she will use that opportunity to reinvest in her family and community. I am inspired daily by the strength and resilience of the women in our partnerships.”

What does patriotism mean to you? What kind of patriot do you want to be? Let’s choose to be a force for good. 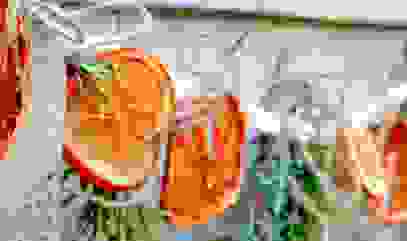 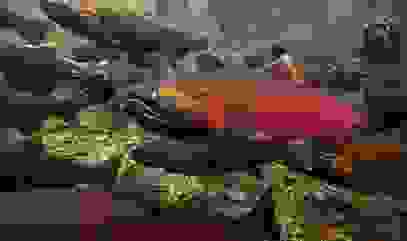